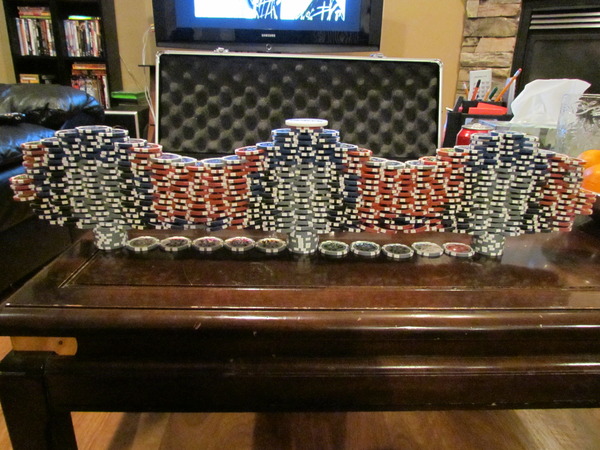 Description: 501 Chips, 12 mini bridges put together I call it "the connection" 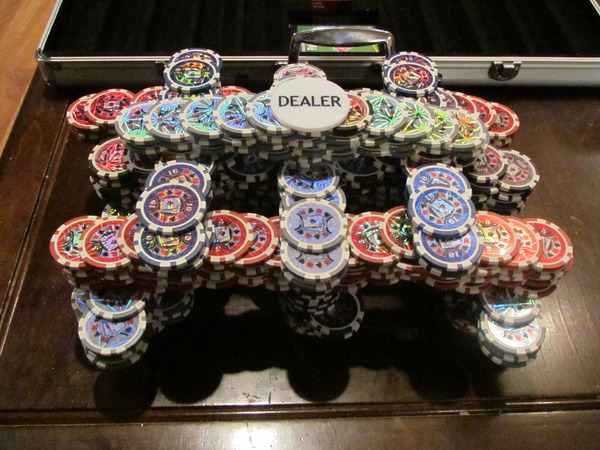 Description: Back in London when I was working long shifts at Heathrow Airport's tube station. It is made out of 1 pound coins. I wish I shot the bigger one I did as I had 2000 pound worth of 1 pound coins in there! 25th of July 2007 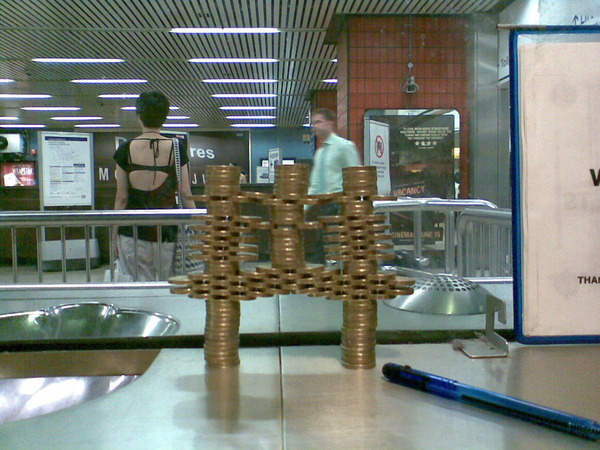 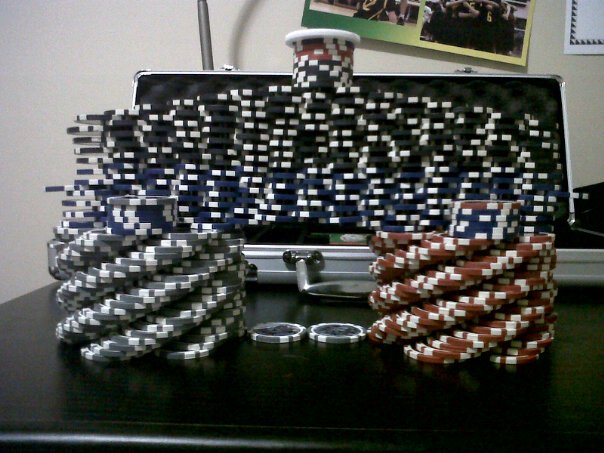 Eli Garlick from Coldstream, BC Canada age 11 sent this photo on 29 January 2010. 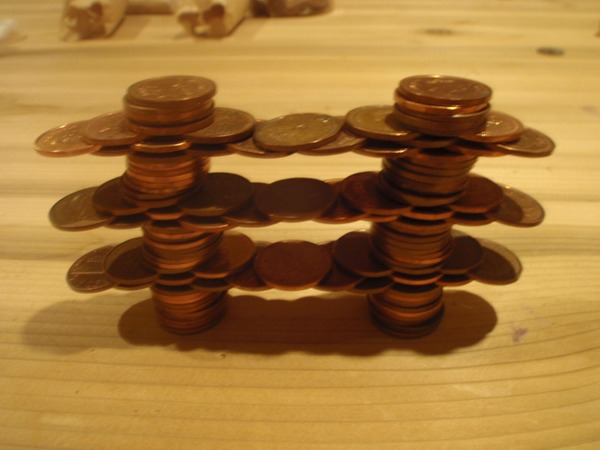 Robert Pierrard from BC Canada sent this photo on 8 February 2009.

Description: 1410 cents and around 2 feet tall; I pulled 118 pennies from the bottom before it collapsed (what a mess!) 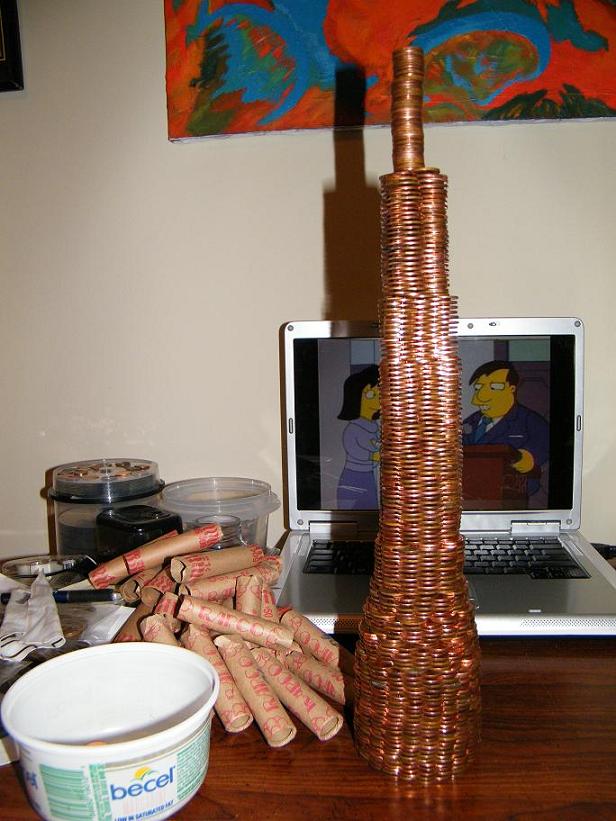 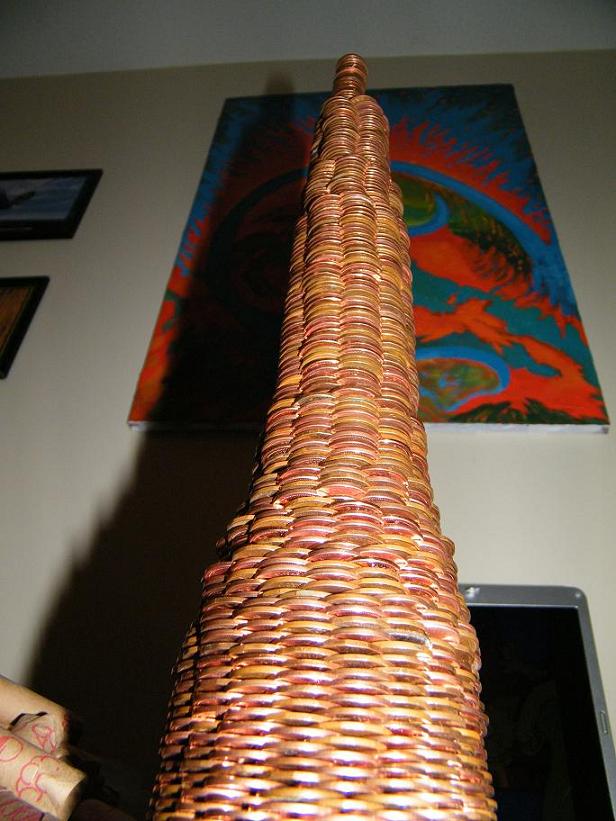 Philip from Alberta Canada sent this photo on 12 December 2008.

Description: Penny spiral created by rotating each triad slightly. The bridge base helps keep it a bit more stable since the big problem is keeping the tower straight. 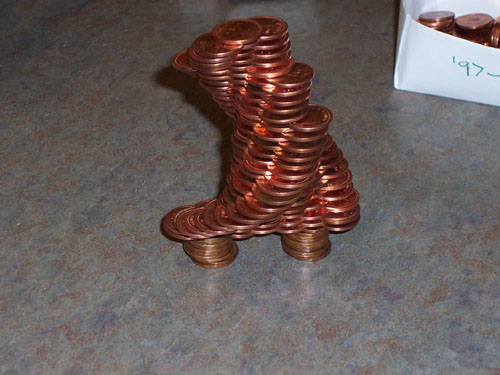 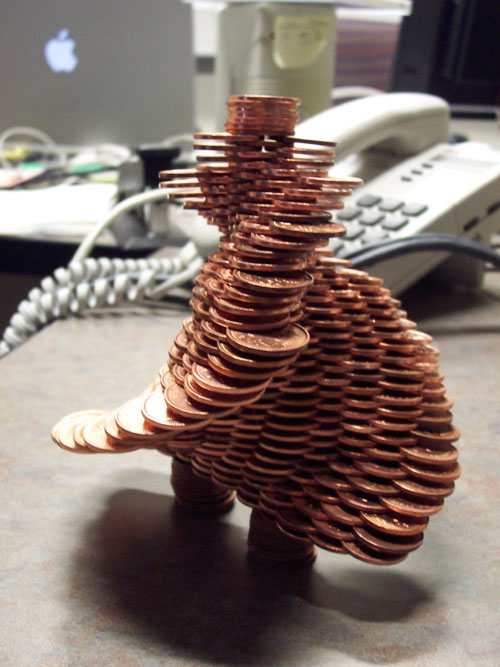 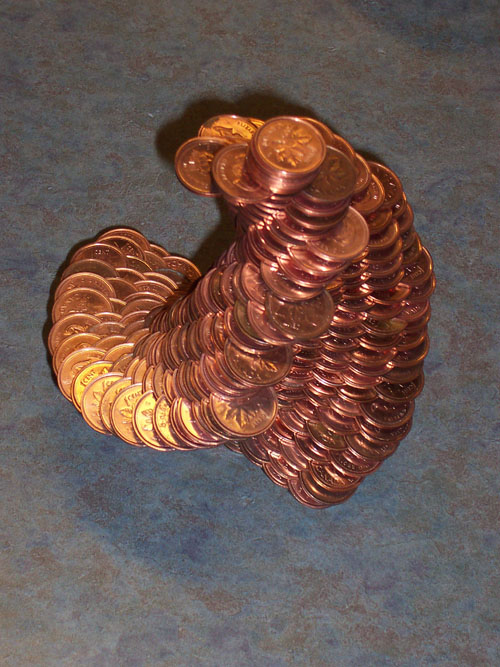 Smu Johnson only 2 1/2 years old from Vancouver, BC Canada 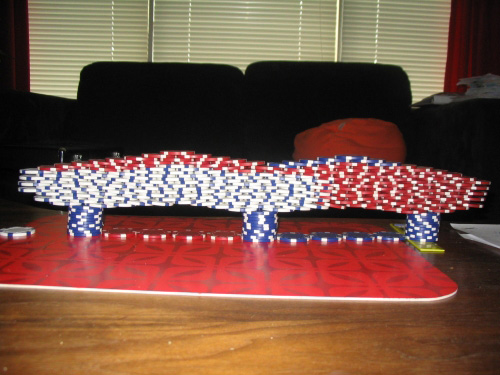 Note: All stacks of coins were done without any glue. Only the weight of the coins provides the support. Enjoy the pictures. Coin Stacking is a fun hobby for kids, college students and adults.